On Saturday, March 23rd, San Ramon FC's men's semi-pro team earned a 1-0 victory in its first-ever match in the National Premier Soccer League (NPSL). Their next match is in San Ramon at Dougherty Valley High School on March 30 at 7 pm vs FC Davis. 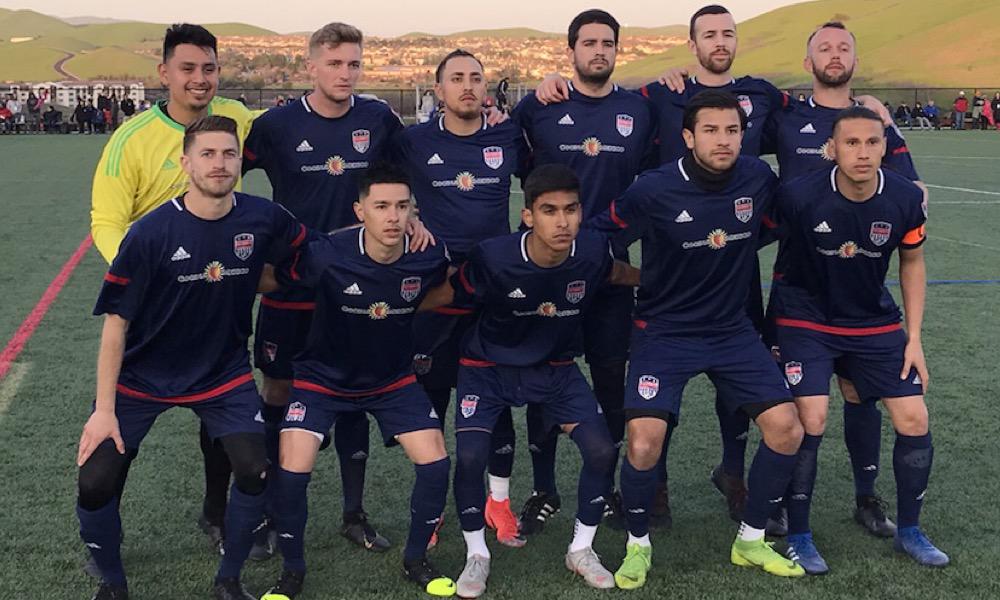 In a historic moment for the club and community, San Ramon FC made its semi-pro debut in the National Premier Soccer League (NPSL) on Saturday night at Rancho San Ramon Community Park.  The match was a hard-fought contest with the visiting East Bay Stompers.

Deadlocked at 0-0 until the 75’ minute, San Ramon FC striker PJ Garcia scored the decisive goal on an assist from Alex Uribe. San Ramon FC withstood several attempts by the Stompers late in the match, with goalkeeper Kevin Gonzalez providing key saves to deny the visitors a chance to draw even.

Head Coach Mani Salimpour was elated with the result and the quality of play from his team, stating, “The players stepped up and showed the hard-working mentality needed to succeed in this league.”

Wearing the captain’s armband, midfielder Octavio “Tavo” Guzman had a stand out performance for San Ramon, as he helped the home team control the match through aggressive defending and calm possession in the midfield.  In the end, Garcia’s goal proved to be the difference as the match ended in a 1-0 victory for San Ramon.

The match featured San Ramon FC’s first goal, first shutout, and the first win for the club in the NPSL.

“The fan support was palpable and helped the team squeeze out a result against a determined and dangerous opponent,” Salimpour said.

The team's next match is in San Ramon on Saturday, March 30, at 7 pm vs FC Davis at Dougherty Valley High School.

With the season underway, all remaining home matches will move to high school locations in San Ramon, with 3 matches at Dougherty Valley High (March, 30, April 13, May 11) and one at California High (June 15).  Tickets will be sold at the game for $10 each.  A season ticket badge is also available for purchase for $40 and it includes a team scarf.