San Ramon FC will make its NPSL playoff debut in Mesa, AZ on Saturday, July 6th.  The team will play FC Arizona, the second place team from the Southwest Conference. 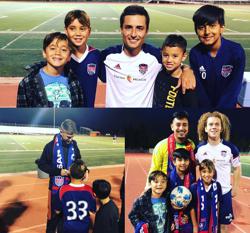 In their very first season, San Ramon FC’s Vaqueros wrangled their way into the NPSL playoffs.

The team’s inspiring rise in the standings of the Golden Gate Conference began in the second half of the season. Over its final six matches in May and June, Los Vaqueros recorded 4 wins, one loss (to conference champion FC Davis), and a tie.  Overall, they proved to be resilient on the road, earning a .500 winning percentage (3-3), and a tough opponent at home, where their record was 3-1-1.

San Ramon FC arrived as the new kid on the block in their debut season in the National Premier Soccer League. As an ambitious youth club, San Ramon FC envisioned a competitive men’s team to give inspiration and opportunity to their youth players and the vibrant Tri-Valley soccer community.  For this venture into semi-professional soccer, the club welcomed a new owner for the men’s team in 2019, Kevin Montler, and a team sponsor, Cocina Mexico.

With a strong desire to compete right from the start, head coach Mani Salimpour held player tryouts early in 2019, attracting talented players from all over the Bay Area.  Salimpour bolstered his roster with NPSL veterans such as Octavio Guzman, Ross Middlemiss, Simon Rawnsley, and Zanin Mahic.  While these are familiar names to those who follow the Golden Gate Conference, new teams always have to prove they belong.

The big question could only be answered on the field: Could this new team compete in the Golden Gate Conference?

As the season progressed, San Ramon answered that question with an emphatic, “Yes!”

The team made a statement right from the start; recording their first goal, first shutout, and first victory in one marvelous match. After 3 ½ months of matches and training, Los Vaqueros ultimately rounded up a winning record of 6 wins, 4 losses, and 1 tie using a mix of solid defense, timely scoring, and relentless work ethic. Their June 22 playoff-clinching road victory sparked a jubilant, and well-deserved celebration in the visiting locker room.

In the Golden Gate Conference, the top 3 teams advance into the playoffs.  For the 2019 season, FC Davis (1st), San Ramon FC (2nd), and Academica SC (3rd) will enter postseason play in the West Region.  Consisting of the Northwest, Southwest, and Golden Gate Conferences, the West Region playoffs will feature talented and tough opponents from Arizona, California, Oregon, and Washington.

San Ramon FC will match up against FC Arizona on Saturday, July 6th, a team that finished in 2nd place in the Southwest Conference. Los Vaqueros will soon saddle up for their longest road trip of the season.  Per NPSL playoff rules, FC Arizona will host the match at their home field in Mesa, AZ. 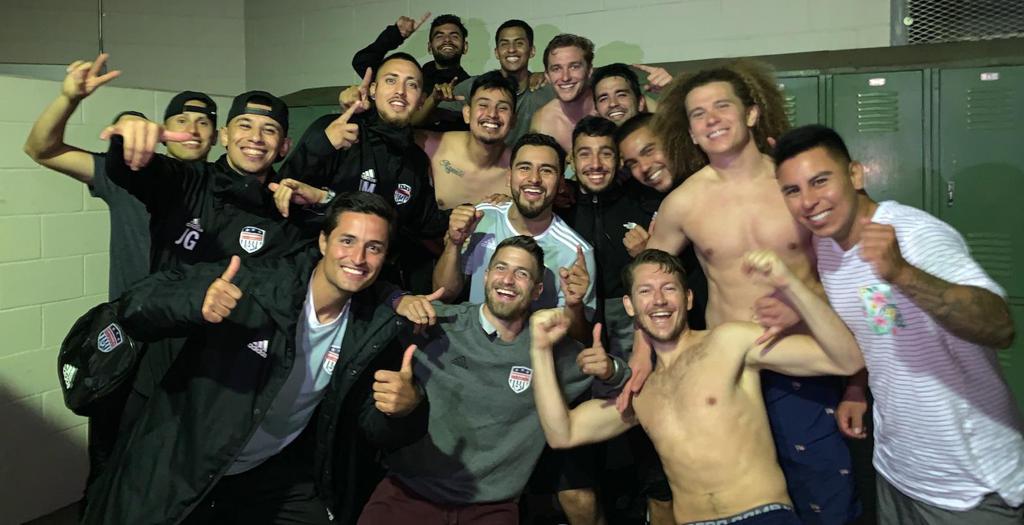