San Ramon FC welcomed youth competitive teams from all over Northern California for its popular Summer Classic tournament during the July 27-28 weekend.  Many SRFC teams joined the tournament to test their skills,  challenge themselves, and build team chemistry early in the season.  While the temperature soared over the weekend, four SRFC girls teams kept their cool and earned a first-place finish in their respective divisions of play.

Playing at various fields throughout the city, these four teams played exceptionally well, earning their way into the finals on Sunday afternoon.  The San Ramon FC 2001/2002 Girls White team took first place in the finals at Rancho San Ramon Community Park. Coached by Jon Lipsitz, this team was unbeaten in four games, with three wins and one tie. The SRFC 2005 Girls NPL team, coached by Andy Mittler, challenged themselves by playing up in the 2004 age group. Undaunted, the team conceded only one goal all tournament, earning 4 wins, three by shutout.

The SRFC 2006 Girls NPL team, coached by Jon Lipsitz, also took first place in their age group.  They too conceded only one goal all tournament, winning all four matches and posting three shutouts.  Last but not least, the 2010 Girls Navy team went unbeaten in the tournament.  Coached by Dragan Hinic, the team earned 3 wins and a tie to beat the heat and their competition too.

San Ramon FC extends its congratulations to all four teams on their early-season success! 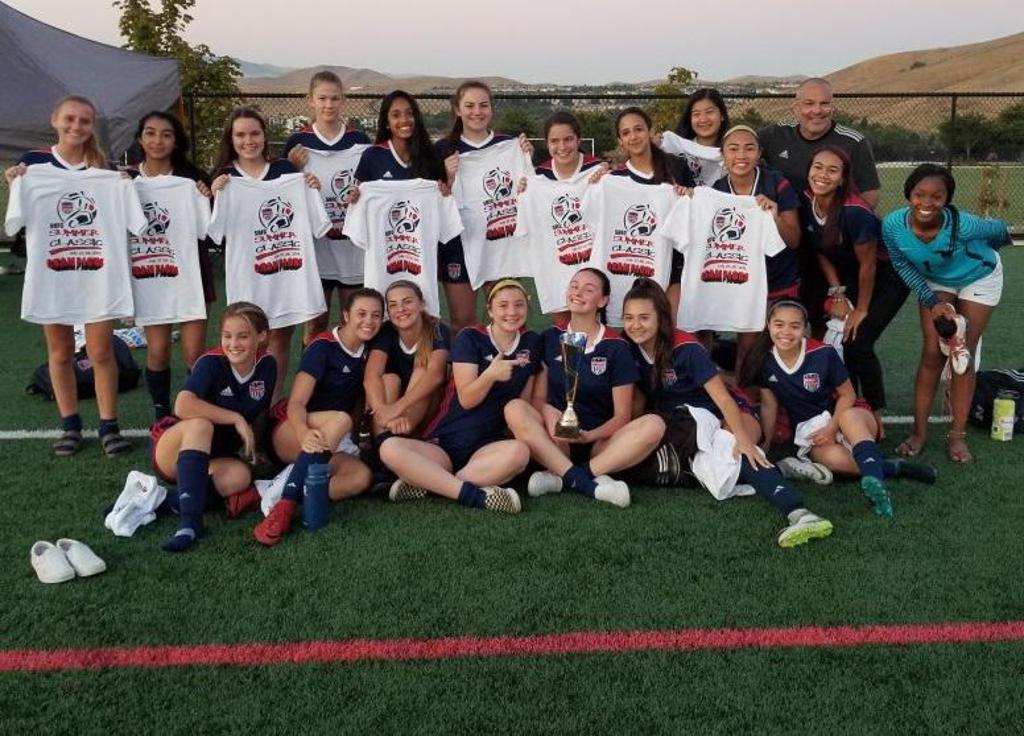 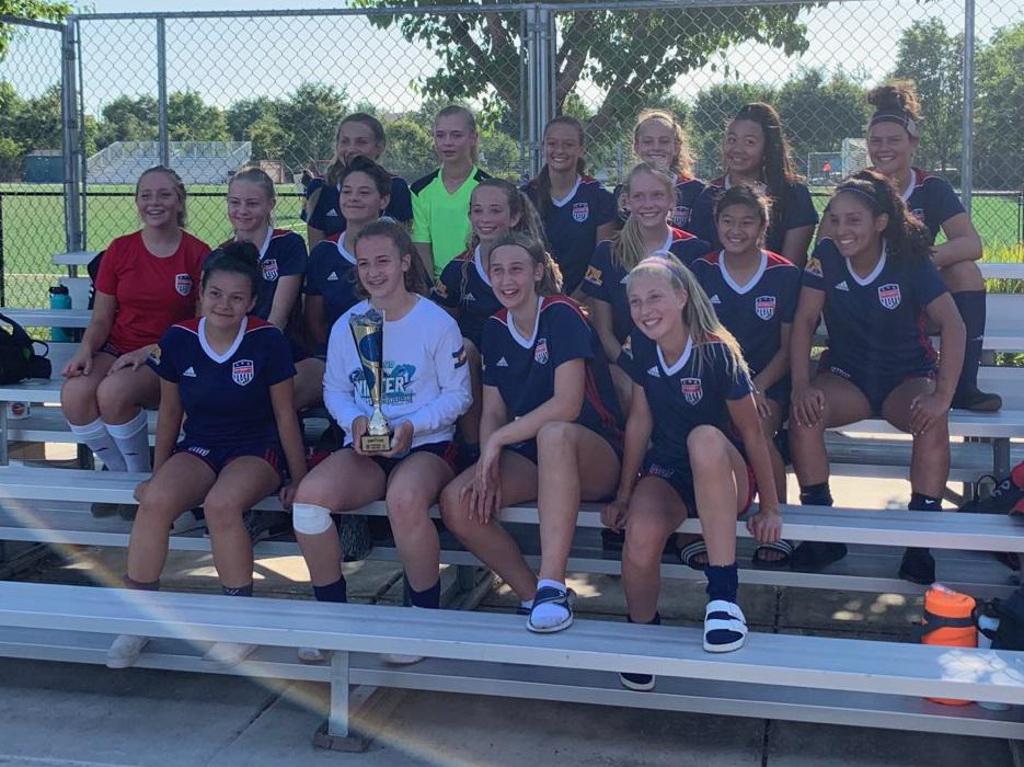 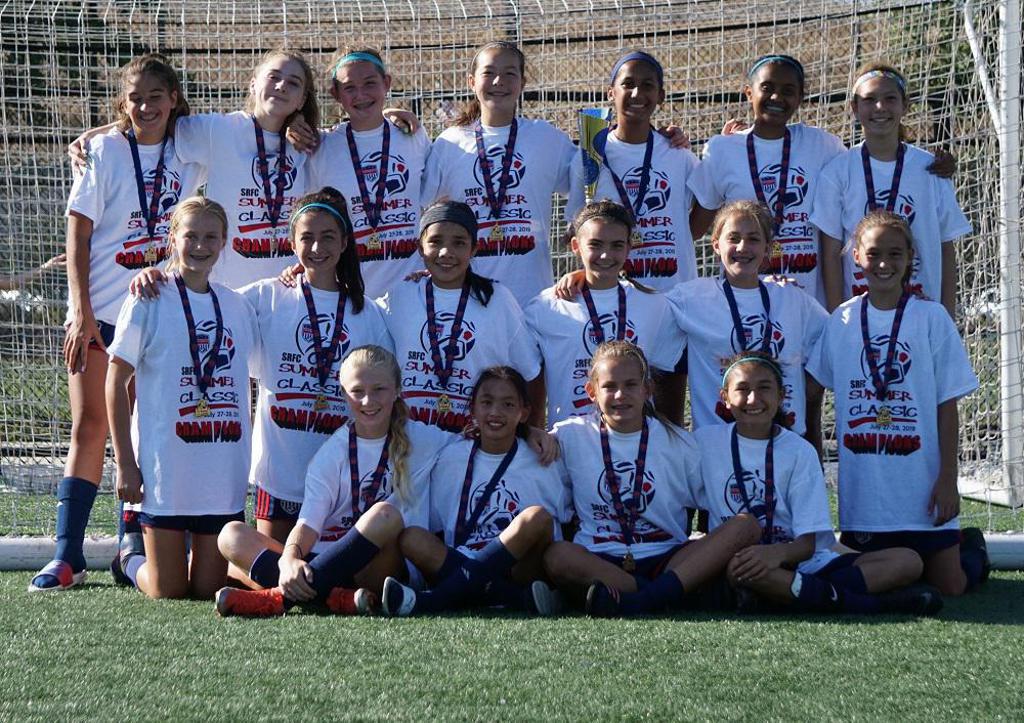 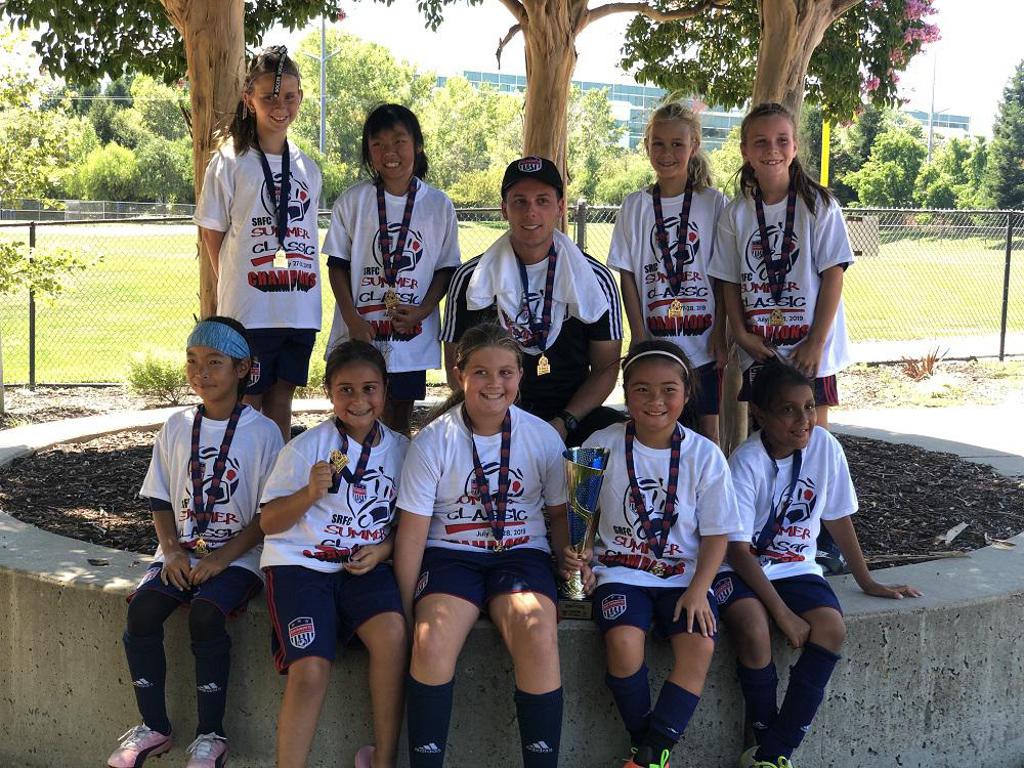