Yes, chances are you did see a penguin on the soccer field in San Ramon. 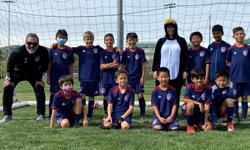 Coach Jon Lipsitz, the 2012B Navy Team, and the Penguin mascot (his wife Kathryn)

It could be a first for the club. A first EVER, actually.

After all, a safe bet would be to assume that in the nearly 50 year history of San Ramon Soccer, a San Ramon FC youth soccer team having a penguin mascot just hasn’t happened before.

Sure. Perhaps a competitive youth team dressed up as penguins for a Halloween themed soccer tournament. Perhaps, over the years, a recreational team or two have been named the Penguins. But, has there been a walking talking costumed penguin on the sidelines during the normal fall or spring league season?

So, how does a penguin become a youth soccer team mascot?  Who is in the costume?

One man provided the answers to these questions, the head coach of the 2012B Navy team, San Ramon FC’s Jon Lipsitz.  As Coach Lipsitz tells it, the penguin’s quirky origin story started with a dog. One day, the 2012B Navy team played a soccer match against an opponent who had its own team mascot on their sidelines: An actual four legged, tail wagging, soccer loving dog. The presence of the dog was a topic of great interest among the boys on the team.

Coach Lipsitz likes to engage and encourage his players in conversations on both soccer and non-soccer topics. So, rather than dampen their enthusiasm for the dog, he sparked a conversation. He asked a question: “What kind of mascot would you like our team to have?”

As young children are apt to do, they had a lively discussion about which animal would be a good team mascot for them. One can imagine a conversation peppered with suggestions of bunnies, dogs, snakes, horses, owls, and dragons. And, it likely was.  According to Coach Lipsitz, somewhere in the middle of the boys’ idea sharing, one player shouted, “A penguin!”  Lo and behold, the boys loved the idea. The penguin sparked their collective imaginations and became the animal of choice for the mascot.

Now the penguin-as-mascot idea had just become a perplexing puzzle. “How am I going to pull this one off?” Coach Lipsitz thought to himself. He hoped the mascot conversation could give him an opportunity to bring an element of fun and team bonding for the boys. But, a penguin? C’mon.

When he went home, he shared the mascot discussion with his wife Kathryn. She said, “No problem. I got this.”  Now Kathryn Lipsitz, by her own admission, doesn’t play sports. She’s an artist. However, she is a good sport and she likes to have fun, just like her husband Jon. She sat down and googled “penguin costume” and the rest is history.

Not only did she find the penguin costume, she chose to be the penguin. Kathryn-the-penguin is not at every game or practice, but will make an appearance from time to time on the soccer fields in San Ramon. (For the record, the boys just call her penguin, not Kathryn the Penguin.)

For the players and parents on the 2012B Navy team, the penguin has been a beloved mascot that brings smiles and good natured fun to their team. After all, soccer is a game and kids love to have fun. So if you see the penguin on the field, just know that somewhere nearby are a group of boys playing soccer, having fun, and making memories to last a lifetime. 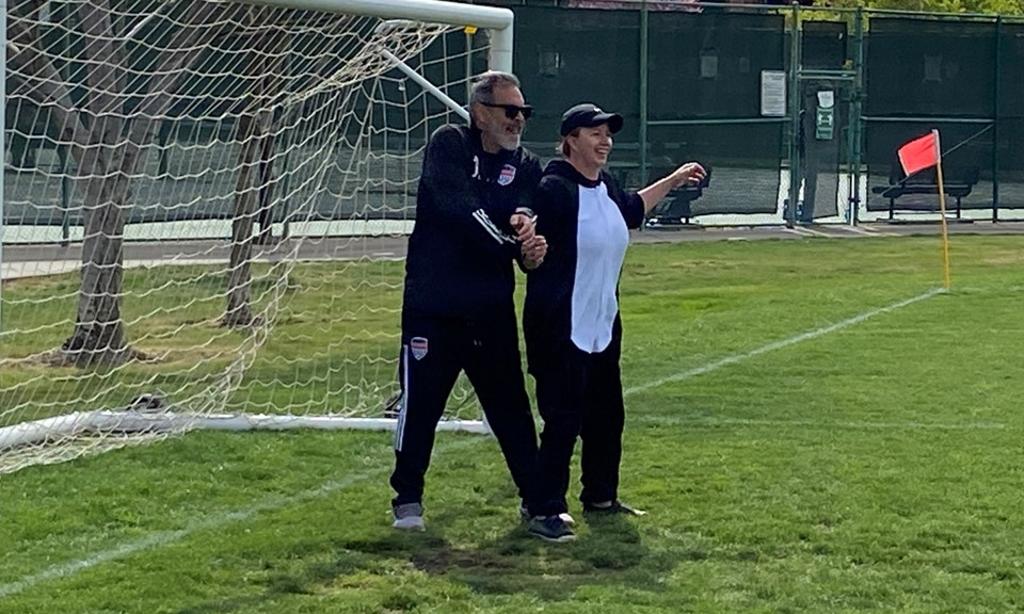 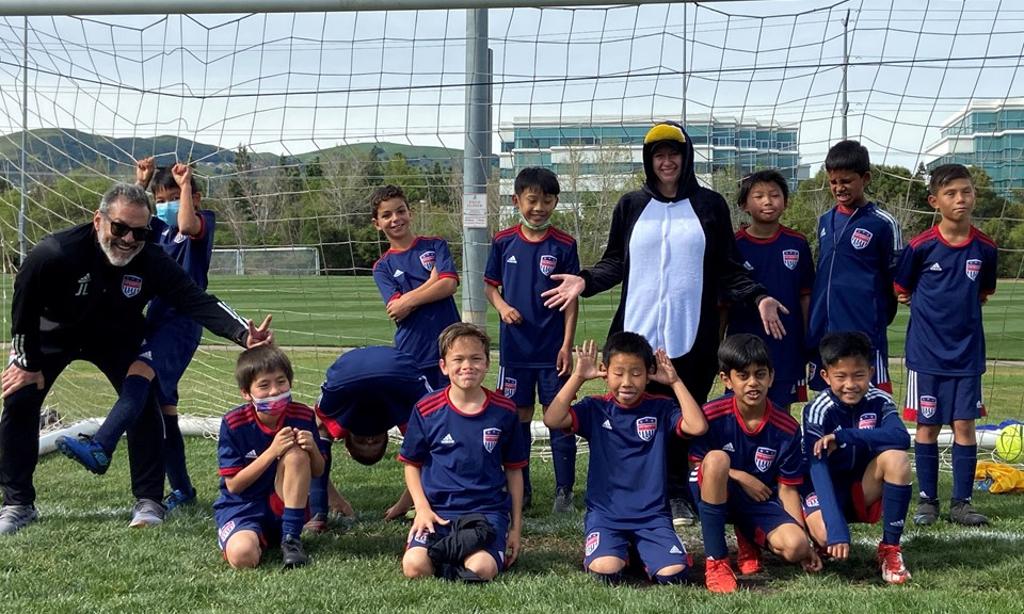