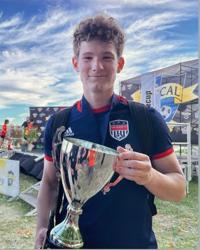 San Ramon FC's 03/04B NPL team marched to victory through the knockout rounds in the premier division of the NorCal Premier State Cup. The team began the single elimination "knockout" round as the 31st ranked team out of the 32 remaining in the competition, according to team parent Tracy O'Brien. Paying no heed to their initial ranking, the team proved to be a formidable opponent as they advanced to the finals. They took care of business in each match, conceding zero goals in the knockout rounds of the tournament.

In the finals on May 15 at Consumes River College, the team matched up against the 4th seeded San Jose Surf. The team's stout defense was led by goalkeeper Nicky McCune and bolstered by the defensive play of Macray Madruga and Lewis Hare. The team notched a 3-0 victory in the championship game, with Michael Karapetyan scoring one goal and Derek O'Brien scoring twice. O'Brien's performance earned him "Man of the Match" honors in the finals, which was announced over the PA system following their win.

Congratulations to the players, their families, and Coach Mani Salimpour on their hard work and success in their final spring season of their youth soccer careers! 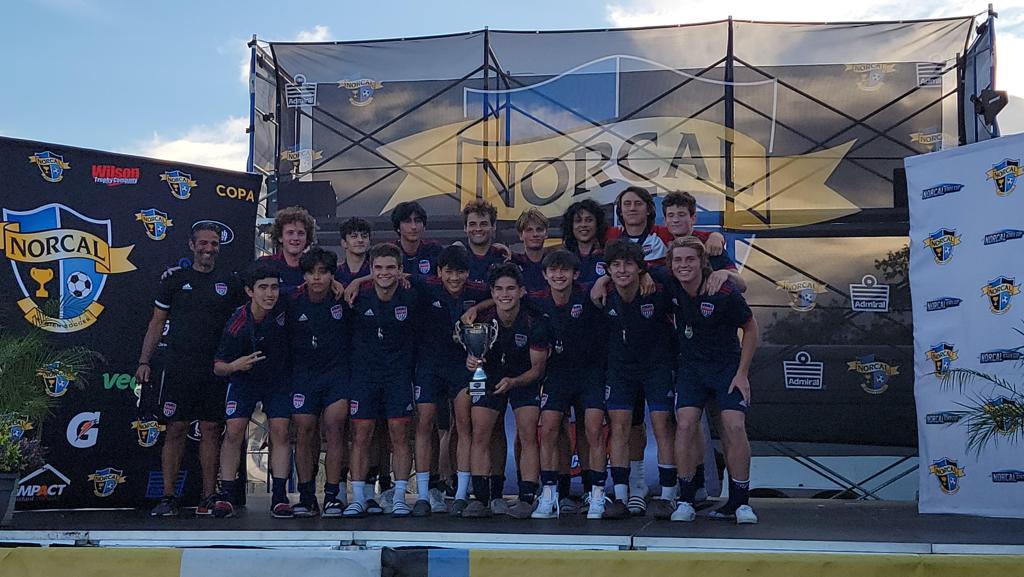