Axton will play for the Pioneers in the fall of 2022 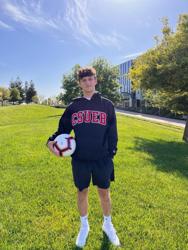 Cal State East Bay is a state university located in Hayward, CA in the San Francisco Bay Area. The campus is about a 30 minute drive from San Ramon and the close-to-home location is one of several reasons why Brandon has chosen to pursue his college degree there in the fall. In addition to its location in the Bay Area, the school’s well-regarded soccer program and the educational opportunities available to him were very appealing. The Pioneers play in the NCAA Division II and belong to the California Collegiate Athletic Association (CCAA).

Axton credits his teammates with telling him about the school first. “I heard about the school’s soccer program through my teammates’ who went to an ID camp there. I first contacted the East Bay coach through email. My SRFC coach Mani Salimpour was supportive through the process.”  He also received support from his Dougherty Valley High School coaches, Bijan Sadeghy and Kevin Clark, both staff members at San Ramon FC, who helped him through the recruitment process. As he learned more about the school’s soccer program, Brandon likes the academic support athletes receive and the weight training and conditioning program provided to all of CSUEB’s soccer players.

Brandon started playing soccer at age 5 and also played baseball and football growing up. He’s played 8 years of soccer at San Ramon FC, saying, “My time at San Ramon started with Omar Cervantes for many years and then Coach Shea Whelan.”  Axton is playing his final year of club soccer with the SRFC 03/04B NPL team coached by Dan Chamberlain, and now, Mani Salimpour. As a member of the 03/04 NPL team, Brandon has benefited from both Trace video technology for analyzing his games and weekly P.A.S.S. training. P.A.S.S. is an acronym that stands for power, agility, strength and speed and San Ramon FC’s training curriculum is developed by the club’s coach Dan Diodati.

Brandon said, “Most of the team I play with today are the same players I played with when I was young, which I love.

“My fondest memories with SRFC are when I scored a corner kick goal that helped us go to the state cup finals and when I scored a goal from half field in the last seconds of a Santa Rosa tournament final that led us to a 3-2 win.”

The 03/04B NPL team has had a terrific spring season, winning both their NorCal Soccer spring league and the State Cup championship in the premier division.

Axton continued by saying, “Coming back to a winning team that plays really well together for my final season of club soccer will also be one of my best memories because this season has been so much fun and I am really going to miss it.” Brandon typically plays left wing and has also participated in the NorCal Player Development Program (PDP) in his younger years.

To play soccer in college, each player must put in countless hours of work, both academically and athletically, to be successful. With only 7% of male soccer players advancing to play collegiate soccer*, Brandon’s commitment to attend and play at Cal State University East Bay is an impressive accomplishment. The club looks forward to watching him play for the CSUEB Pioneers’ men’s soccer program and adding his name to the club’s Alumni page in the near future. 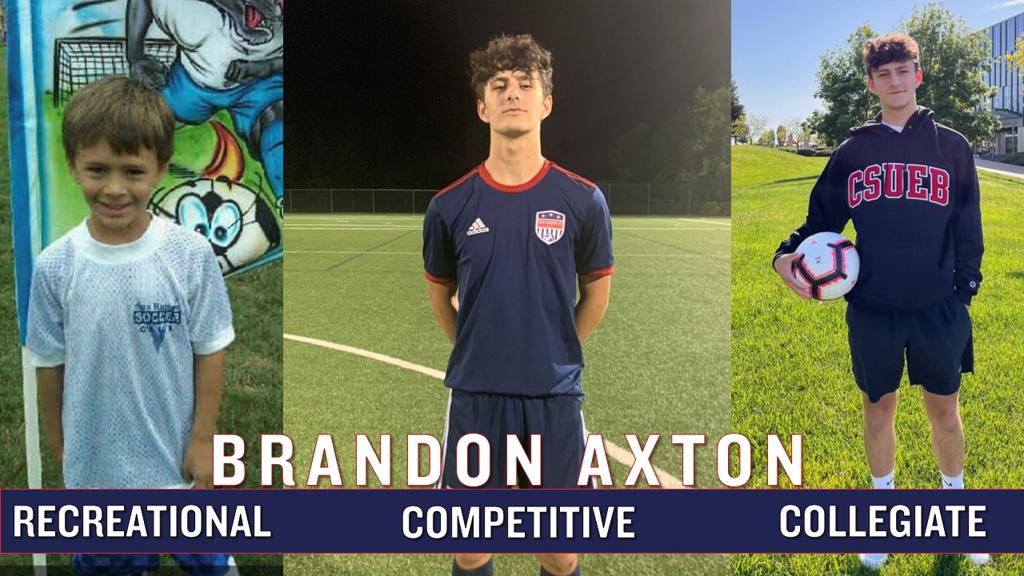