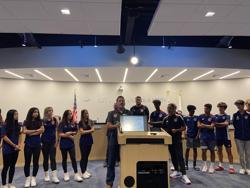 San Ramon FC is proud to announce that the City of San Ramon recently recognized the club’s 2007G team, 2007B team, and the 2005/06 mixed boys teams for their representation of the club and the community of San Ramon at the Donosti Cup held in San Sebastian, Spain this summer.

At the City Council meeting on Tuesday, September 27, San Ramon Mayor Dave Hudson presented an official recognition to San Ramon FC's 2007G team, 2007B team, and the combined 2005/2006B team: "This [certificate of recognition] is for their outstanding representation of the San Ramon community at the 2022 Donosti Cup in San Sebastian, Spain and dedication to the sport of soccer and the values of teamwork and sportsmanship learned through sports."

The mayor asked SRFC Board President Tim Coats and Director of Coaching Mani Salimpour to join him at the front of the room as he read the prepared statement. He then invited all of the players in attendance up to the front of the room to be recognized by the City Council and those in the audience.  San Ramon FC parents, coaches, board members and staff filled the meeting room and provided a hearty round of applause for the players.

San Ramon FC is extremely proud of all of its players and are thankful for these young men and women who showcased to clubs from around the world, not only their quality of play on the soccer field, but their all-around strength of character. They provided an example of how the world can come together for the love of a sport, compete fiercely, and walk away better for it because of the experience. 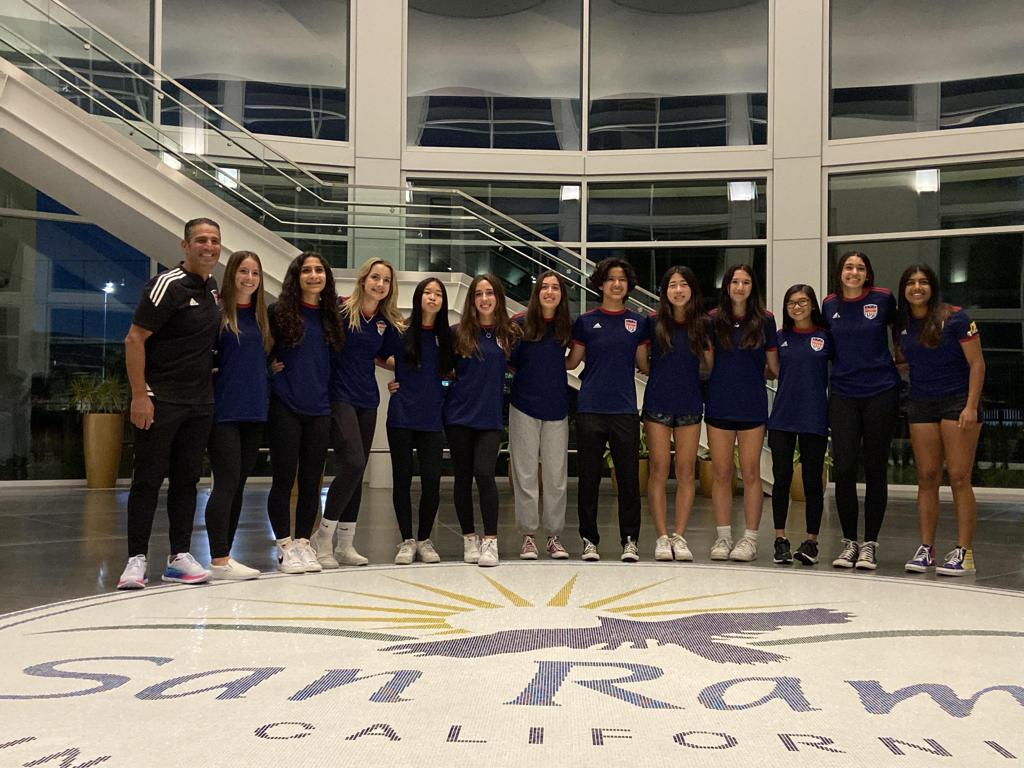 The Trip To Spain 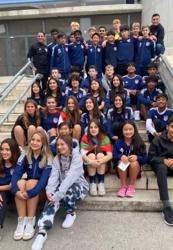 Members of San Ramon FC’s 2007G NPL team, 2007B NPL, and the 2005/2006 boys teams represented San Ramon last summer at the Donosti Cup in Spain. The excitement of international travel, the joy of playing soccer in a new country, and the comfort of experiencing it all with your teammates and fellow club members. The Donosti Cup blends all three elements into an unforgettable youth soccer experience.  This special trip in July created new friendships, strengthened existing ones, and instilled valuable confidence in players who returned home with the knowledge that their developing soccer skills allow them to compete well with their European peers.

Since 2018, San Ramon FC has trusted the expertise of European Soccer Solutions to provide a well organized travel program to the Basque region of Spain. San Ramon FC’s players, both boys and girls, and their families have traveled to play in the Donosti Cup; a premier tournament experience that attracts over 700 teams from 23 countries. Soccer is the focal point of the trip, with games played over a period of 5 days in various Spanish cities like Donosti and San Sebastian, but the special cultural and international elements infuse the trip with irreplaceable moments for players and families.

San Ramon FC parent Andrew Toy saw the benefits of the trip for his daughter and her teammates. “Overall, the  experience was invaluable. The girls were able to meet players from across the world and play on fields and in stadium settings that are different from what they are used to back home. It gave them a wider perspective as to how the game of soccer is a global sport, the inclusiveness in bringing people together, and the soccer culture that exists around the world.”

San Ramon FC’s Director of Coaching & Player Development, Mani Salimpour, has been a strong proponent of the Donosti Cup trip for reasons above and beyond soccer:

“The biggest thing is not to win the tournament, but our club has had great success, reaching the quarter finals and semi finals every year we’ve traveled to play there,” Salimpour said.

“The main benefit of the trip is to go to experience the culture, the international soccer experience, and play in different regions and stadiums in various Spanish cities. Playing international teams gives our players confidence that their soccer skills are as good as their peers in Europe and it gives them a big confidence boost when they come back home.”

With European Soccer Solutions making arrangements for travel, lodging, and sightseeing, their pre-planning and trip itinerary eases much of the burden on travelers. Yet, when travel snafus and unexpected developments arise, ESS and their staff have been a tremendous asset. SRFC parent Todd Biferno was quick to credit ESS for their efforts resolving multiple problems arising from a flight delay during their trip.

“This particular delay had us miss our connecting flight to Madrid. That is when Todd Stauber and his crew at ESS went into overdrive. ESS pulled out all the stops utilizing multiple staff in multiple time zones coordinating flights, luggage (even the luggage that made it on a flight when we did not), and transportation, all while keeping their customers calm and organized.”

The Donosti Cup has been a resounding success for San Ramon FC’s youth players thanks to the support of SRFC parents, the dedication of SRFC staff, and the expertise of the ESS organization.  And, it should be for years to come. July 2023 can’t come soon enough for Coach Salimpour who strives to develop players, character, and community through this international soccer experience.

In terms of a player’s perspective, Ashley Toy, who plays for San Ramon FC’s 2007G NPL team, said the trip “really opened my eyes to international soccer. The Donosti Cup also helped me feel like soccer is one sport shared by many across the world. It was great to see how we were all able to come together from different parts to participate in the tournament.”

The Donosti Cup proves the power of sport to unite us all. It unites over 700 teams from 23 countries with one thing in common: a tremendous love for the beautiful game and those who play it. San Ramon FC's players will be there to play, to learn, and to grow. 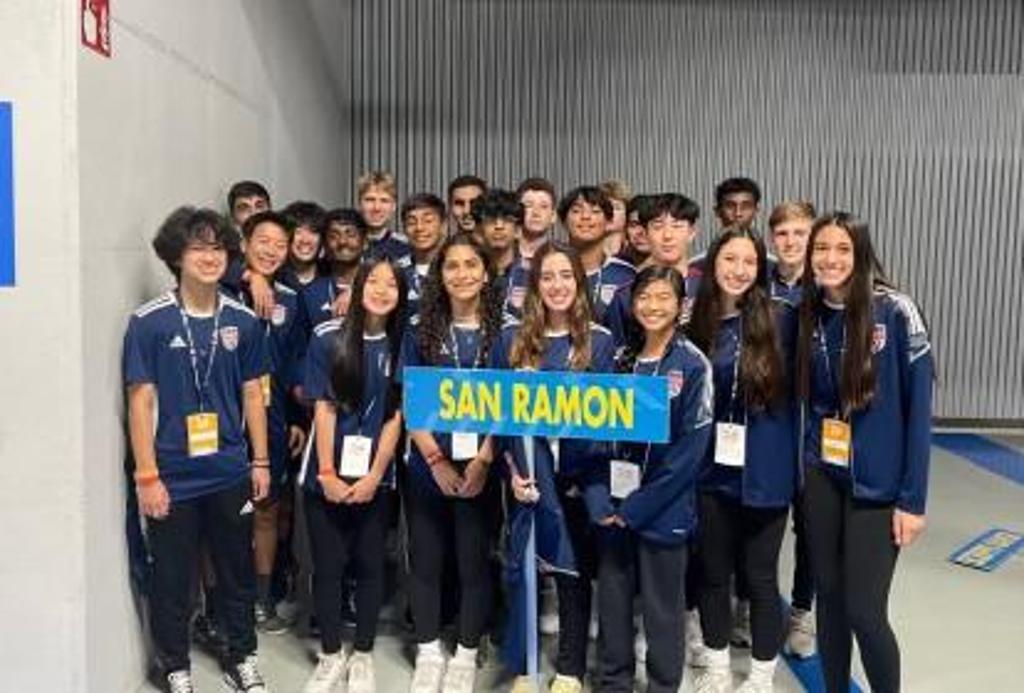 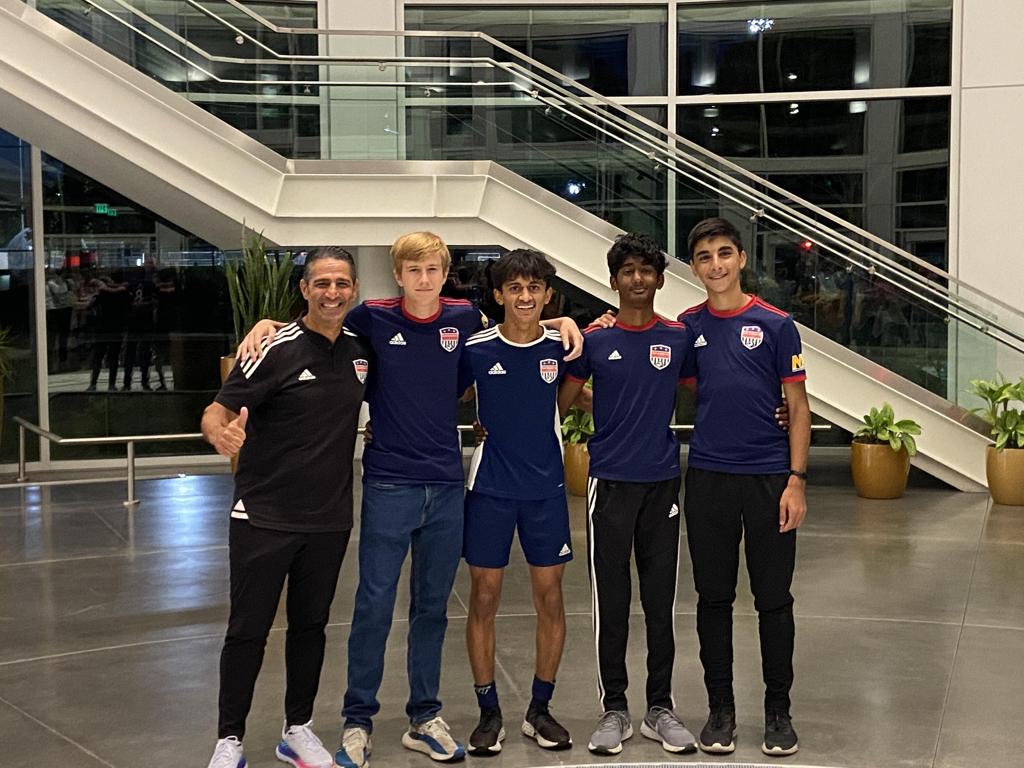 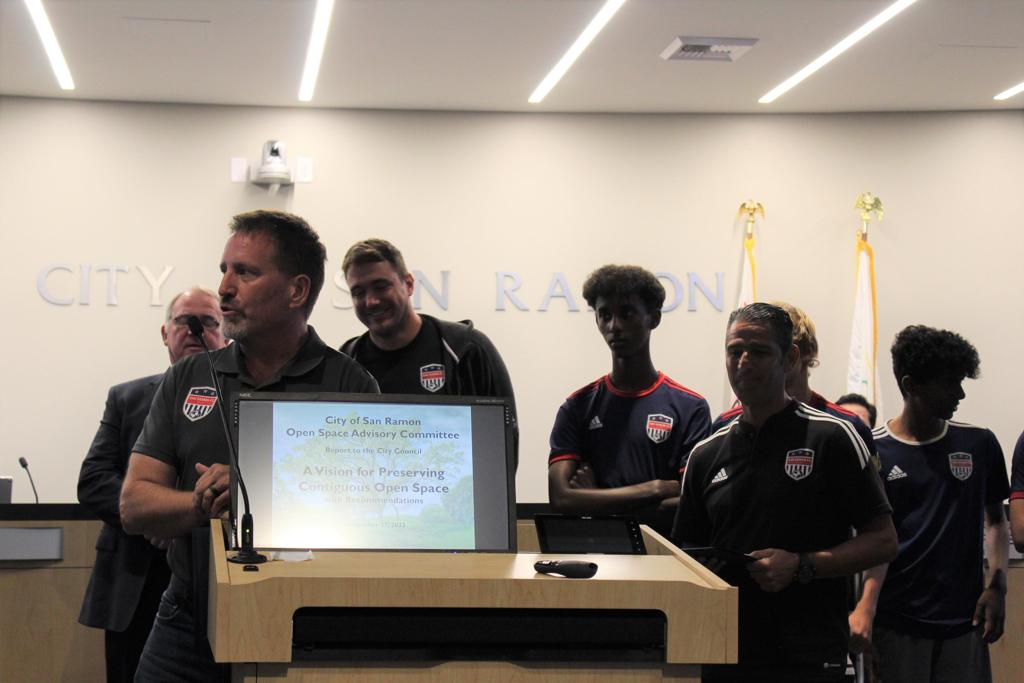 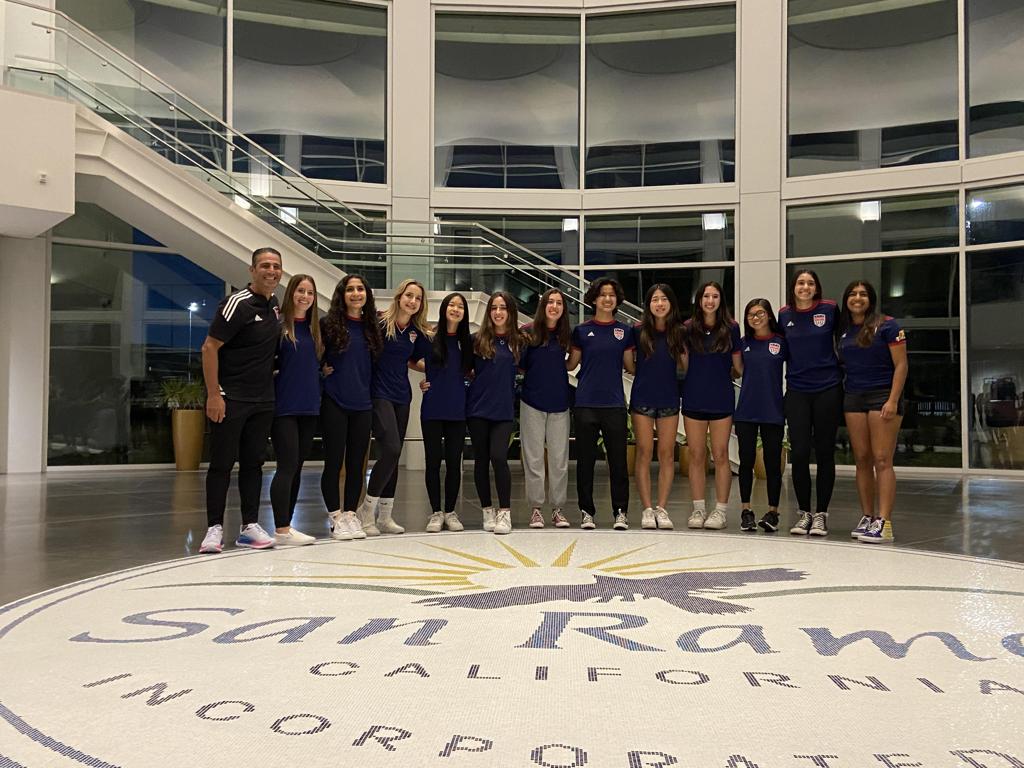 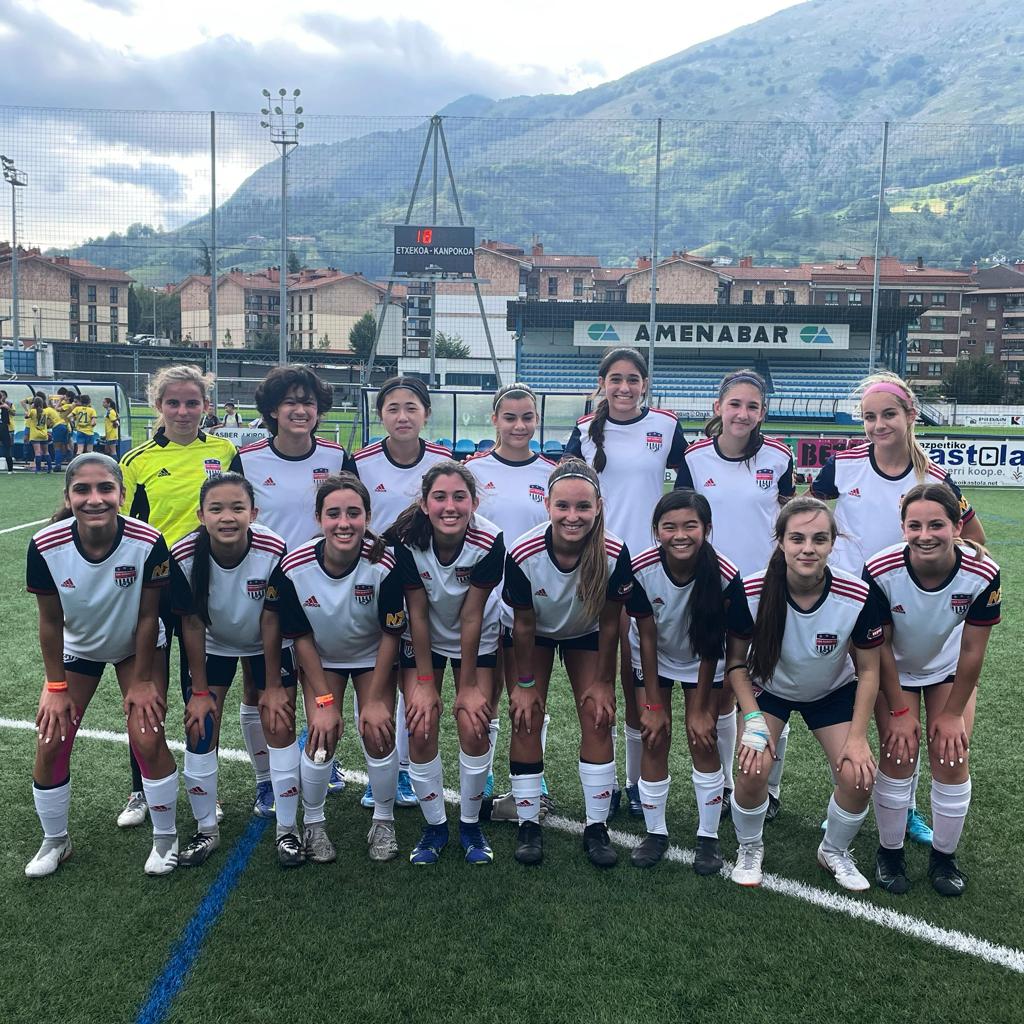 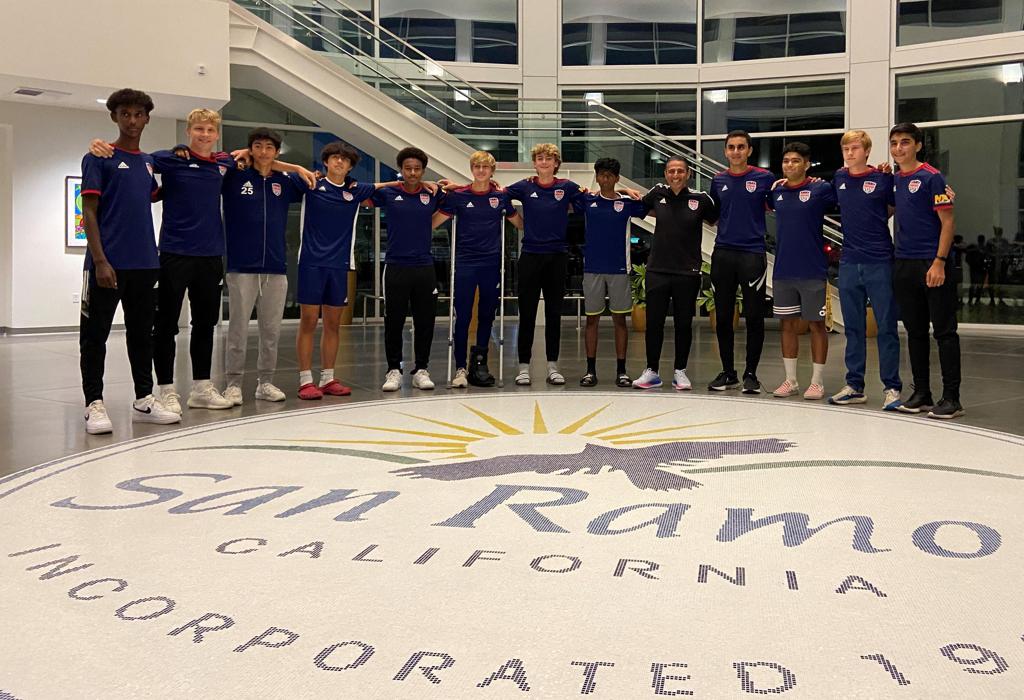 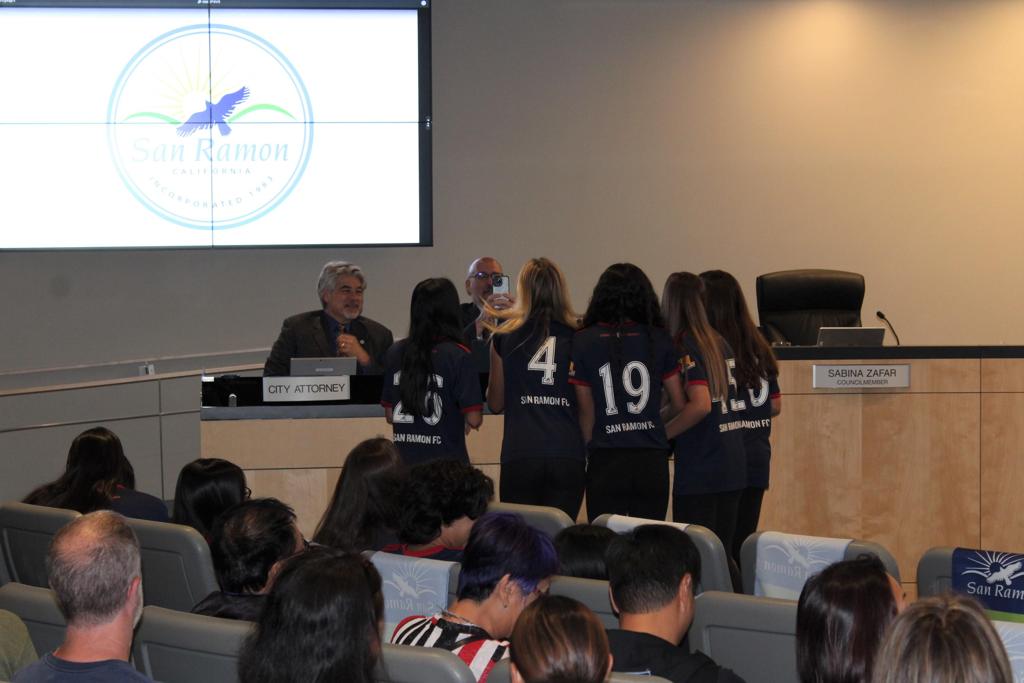