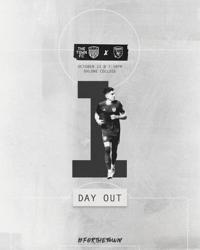 San Ramon FC announces that the club's men's program will be playing a second match against the San Jose Earthquakes II,  the reserve team for the San Jose Earthquakes of Major League Soccer. The teams last played on October 7 at Ohlone College and the final score was 1-0, Earthquakes, on a goal in the 87th minute. The next match will be played on Friday, October 21 at Ohlone College in Fremont with a 7:30 pm kickoff. Admission is free and your support is very much appreciated.  Parking is $4 and it is recommended you park in Lot C.

San Ramon FC will be fielding its team in collaboration with the East Bay pro soccer startup, The Town FC.  The roster will be comprised of former collegiate and professional players, including a select few San Ramon FC youth players who will be invited to participate in the event.

Come out and support the club on Friday, October 21st in Fremont!

About San Ramon FC's New Collaboration With The Town FC

Through the work of Benno Nagel, San Ramon FC's Adult Programs Director, the San Ramon FC NPSL men's and WPSL women's programs have established a new collaboration this fall with The Town FC.  The Town FC was "founded in 2022 by a group of individuals passionate about The Town and growing the game of Soccer in the Oakland/East Bay region, The Town FC seeks to open an additional path to pro in the Bay."

Monday nights this fall the SRFC men's program and The Town FC train at Rancho San Ramon Community Park from 8:30pm to 10pm. Men's training is now invite only for new players.  Interested players can send their playing resume to hello@thetownfc.com.

Wednesday nights this fall the SRFC women's program and The Town FC train at Tiffany Roberts Field from 8:30pm to 10pm.  These ongoing training sessions give adult players in the Bay Area a place to engage in high level training and also allow them to prepare to play matches when the opportunity arises.

You can follow The Town FC on social media (Instagram, Twitter, YouTube, and TikTok) and listen to their podcast as well. Visit their website at www.thetownfc.com for more information on their organization, their aspirations, and their commitment to creating a movement by people, for the town.

The Talk of the Town podcast 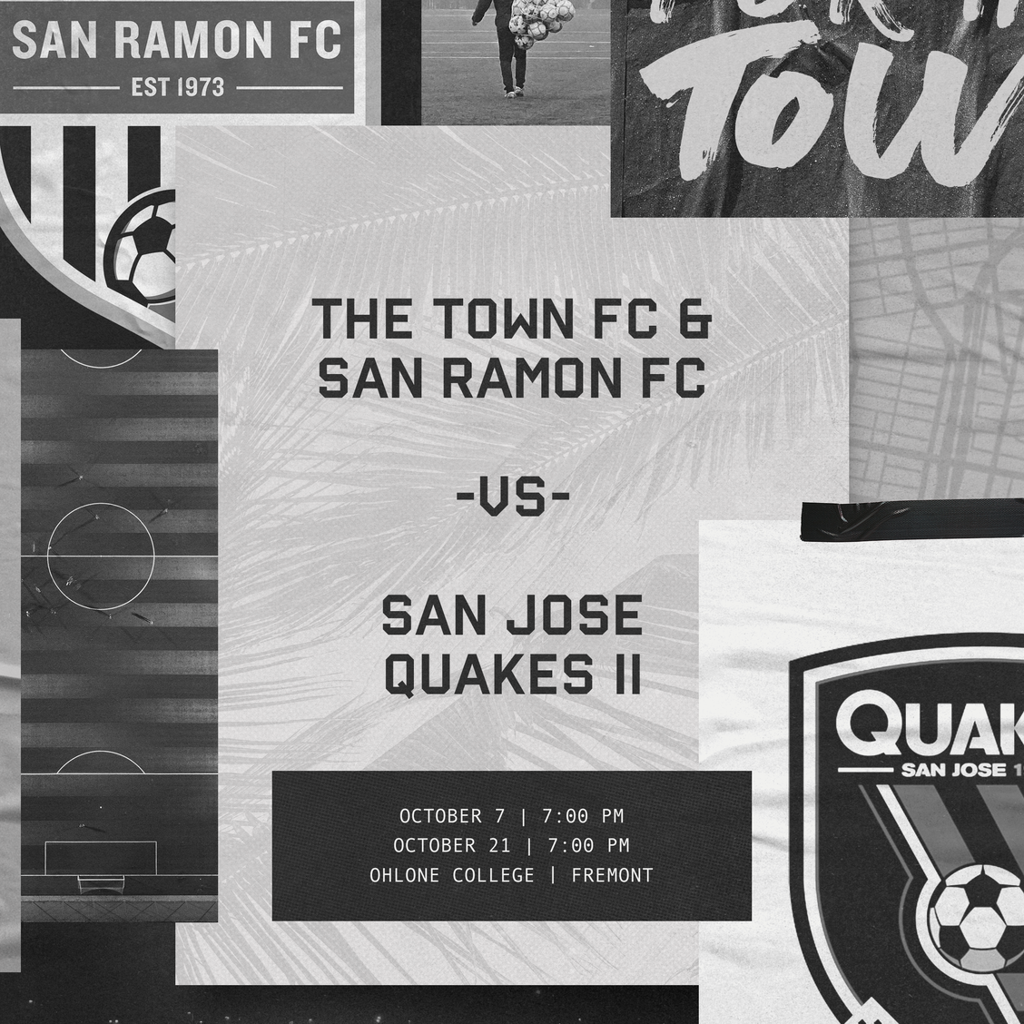 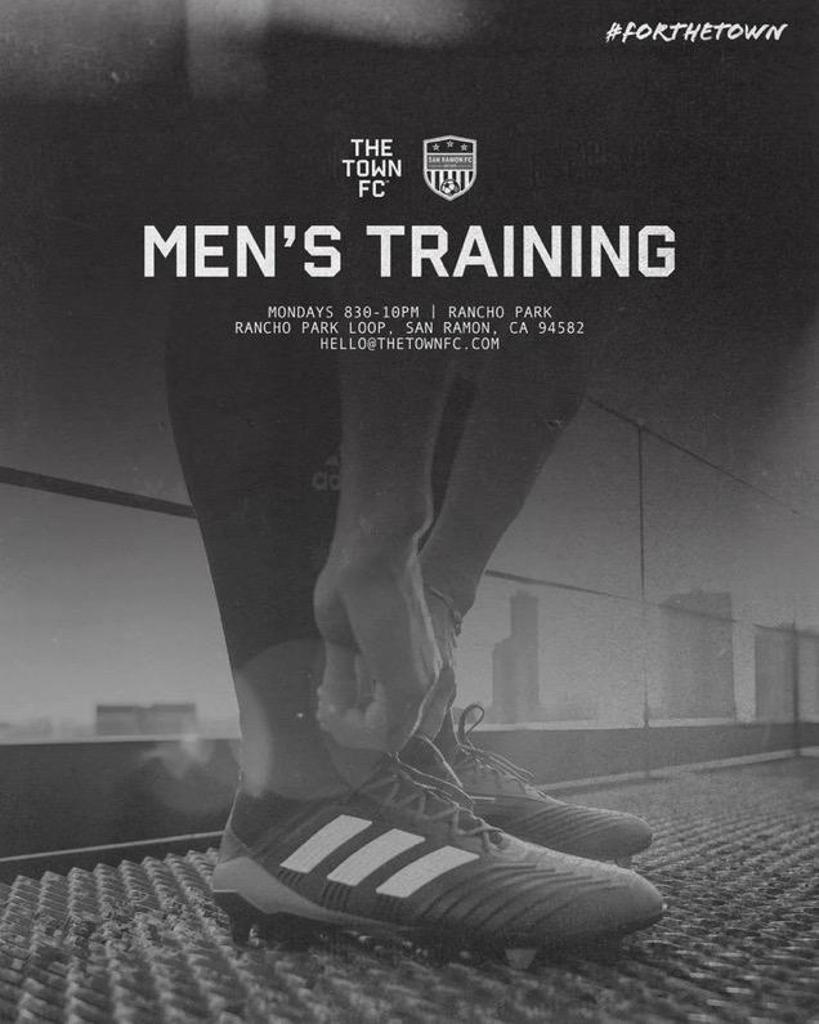 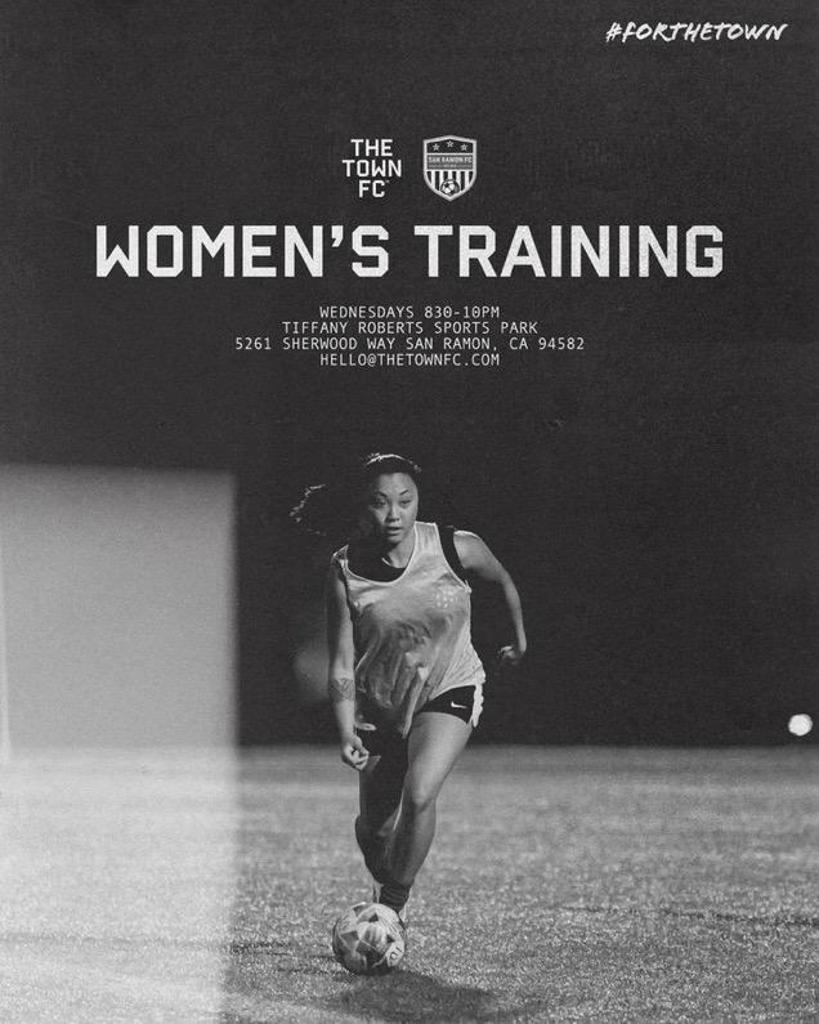